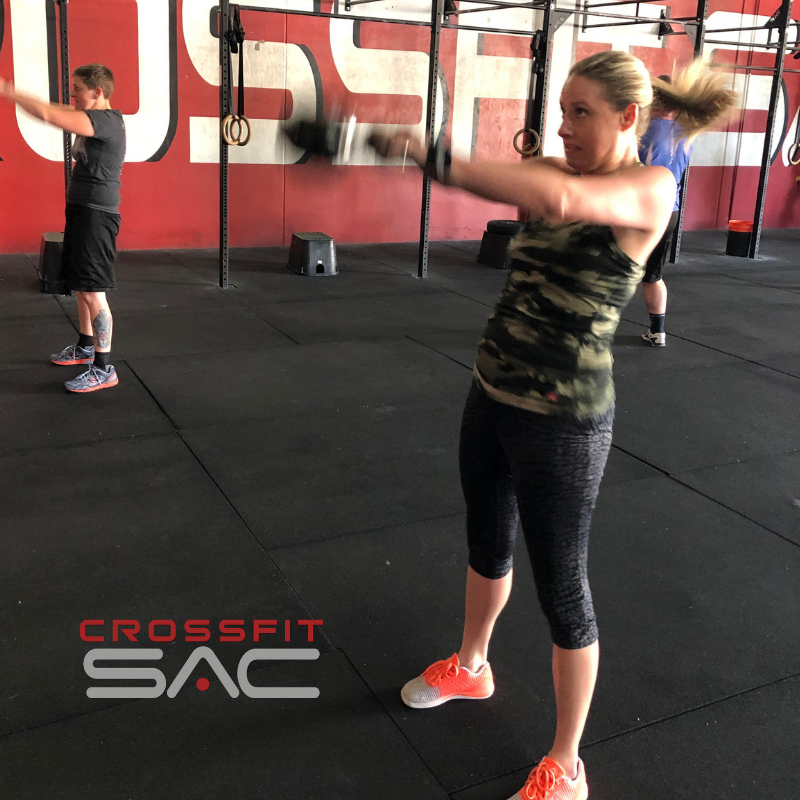 Wow, for a broad topic right? Let me think about facing our demons in the context of a CrossFit gym we often recall goat movements and activities that are hard for us to achieve during our workouts. At first glance, facing your demons might just mean putting in more practice for your double-unders. Or facing your demons might be working on more hip mobility to improve your air squat. But that’s not what I’m talking about today.

The demons that I’m talking about today are the ones that have come with us to CrossFit. Everybody has at least one. Most of us more than one.

I’m talking about the character pieces that make us up. The things in our heads and hearts that follow us everywhere we go. Laziness. Gluttony. Selfishness. Chemical dependence. Emotional dependence. Self-depreciation.

And you might look at these words on the screen right now and think yourself wow that’s dark. I don’t know what you’re talking about Coach. These terms can seem so extreme and so powerfully overwhelming, but we all fight through something. When a lot of people join any gym for the first time nine times out of ten it’s going to be because they don’t like the way they look that’s just what most people join the gym for and that in itself is because that person has a low self-image and does not like themselves and that is their demon.

Some people join the gym to justify their actions outside of the gym. I used to think (in my early twenties) that it was okay to drink as much as I did because I was justified and my two-hour workout 3 times a week on the elliptical and on the leg extension machine. I told myself that I was basically working off every taco, every slice of pizza every shot of whiskey when in fact I was eating that pizza drinking that whiskey because it comforted me and I became dependent on the consumption of these things.

But I knew somewhere inside that it was wrong. I knew that it was killing me. And that’s why I joined the gym. Because there’s a part of us that knows that are demons are out to get us. However, look closer. Because sometimes we’re facing those demons. Sometimes we’re just masking them. Human beings are really good at justifying their own terrible behavior. And the more that we try to convince other people that what we’re doing is enough, the more we start to believe our own lies. We tell ourselves that a tiny bit of effort is better than no effort at all. And we just do that little bit and then pat ourselves on the back. Then we go back to ourself deprecating behavior and we sleep just fine. But we are not fine. Because it’s still hurting us. And we’re too scared to look the demon in the eye and realize that it’s us all along. Putting the responsibility on ourselves to make the necessary corrections to fix and heal.

I encourage all of you to take some time today for a little self-reflection. Ask yourself what are my demons? What am I hiding from? How do I conquer them? How do I move past them? Am I going to face then head on? Or will I continue to run and hide and pretend like everything is fine?

If you made it this far, thank you. if you stopped or if you don’t think that this applies to you. You are exactly the person I want to hear this. Don’t be afraid. Be better.