Everyone loves a good “Before and After” story. Someone gets started, loses weight or accomplishes something they never thought possible and live happily ever after, right? Rarely is that the whole story. In this spotlight, Rachel was gracious enough to let us tell her story, one about struggle and loss and how it is possible to start again. Thank you Rachel! 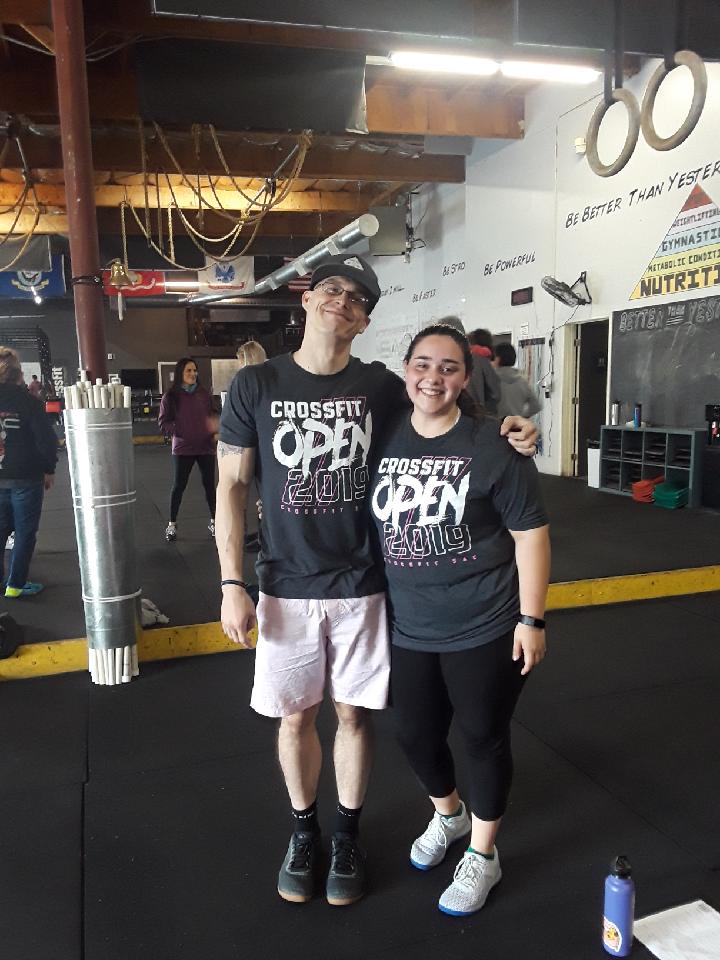 Most of you know Rachel. Some of you only know her from more recently. But don’t call it a come back. She’s been here for years. When Rachel came to us in July 2014 she wasn’t what you would call a “people person.” Not that she was difficult. But getting a word or expression from her was certainly a challenge. Truly one of the best poker-faces I’ve ever seen. Soon  it became clear that her shyness was due to her never really being in a social situation as electric and fast paced as CrossFit. Little did I know that a powerful and determined fighter lay dormant within her.

In the beginning Rachel enjoyed deadlifts and deadlifts and some squats and cleans and deadlifts. Having never been in a varied workout regiment the other items that we suffer through were a bit much for here to really “get behind.” But with an incredible propensity for strength and being a quick learner, she found herself excelling in power movements and moving heavy things. This of course gave way to confidence that would transfer over to other challenges in class. And as she, and her mother Jean, continued to attended class they built up momentum and began excelling in all that they did.

From there, Rachel went from 230 lbs down to a cool 195. This all based on exercise and determination. Through the years Rachel fought like all of us do to find time and motivation to make it in. She began to talk more and make friends as she knew that she was being accepted for who she was. She found the strength to go to school full time, take care of herself and her family. She was doing well and things we’re looking up. But things, as they sometimes do, were about to get harder.

In April of 2017 disaster struck. After dealing with a multitude of health issues for many years Rachel’s father Mike, passed away. This was of course a devastating blow to her and her home. And she soon found herself demotivated from almost everything including her own health and wellness. Self admittedly, she began a downward spiral of depression and over eating that brought all of weight back. By late 2018 Rachels weight had shot back up to 262 lbs. 30 lbs more than when she started. It was then that she decided to do something that a lot of people wouldn’t. She decided to pick herself up and try again.

Armed with only a positive attitude and the internet, she did her own research and found ways to make better decisions with her food. Already by early January she had lost almost 10 lbs. Since then she has been diligently focused on her eating as she continually looks for new ways to refine her choices and stay the course. She has also spent more time in class and has rediscovered her stride as an athlete. I’m proud to tell you that as of May 2nd this year Rachel has lost over 40 lbs putting herself back down to 222. All because she knew that she was in control of her destiny and that she was the person to make it come true.

I’ve had the joy of teaching Rachel in my classes, conversing on a human level with her and have come to trust her so much that she watches my children. Her actions and resolve have inspired me to do better. She continues to be an essential part of our community and serves as an example for us all. If you ever get a chance to talk with her. Feel lucky. Pay attention. It’s worth it.
Coach Calvin