For each cycle restart the AMRAP.

***Reminder***
We will be hosting a CrossFit Level 1 Seminar this weekend, there will be a 8 am Park WOD (Jane Steele/Hamilton Street Park) on Saturday. The gym will be closed Sunday. 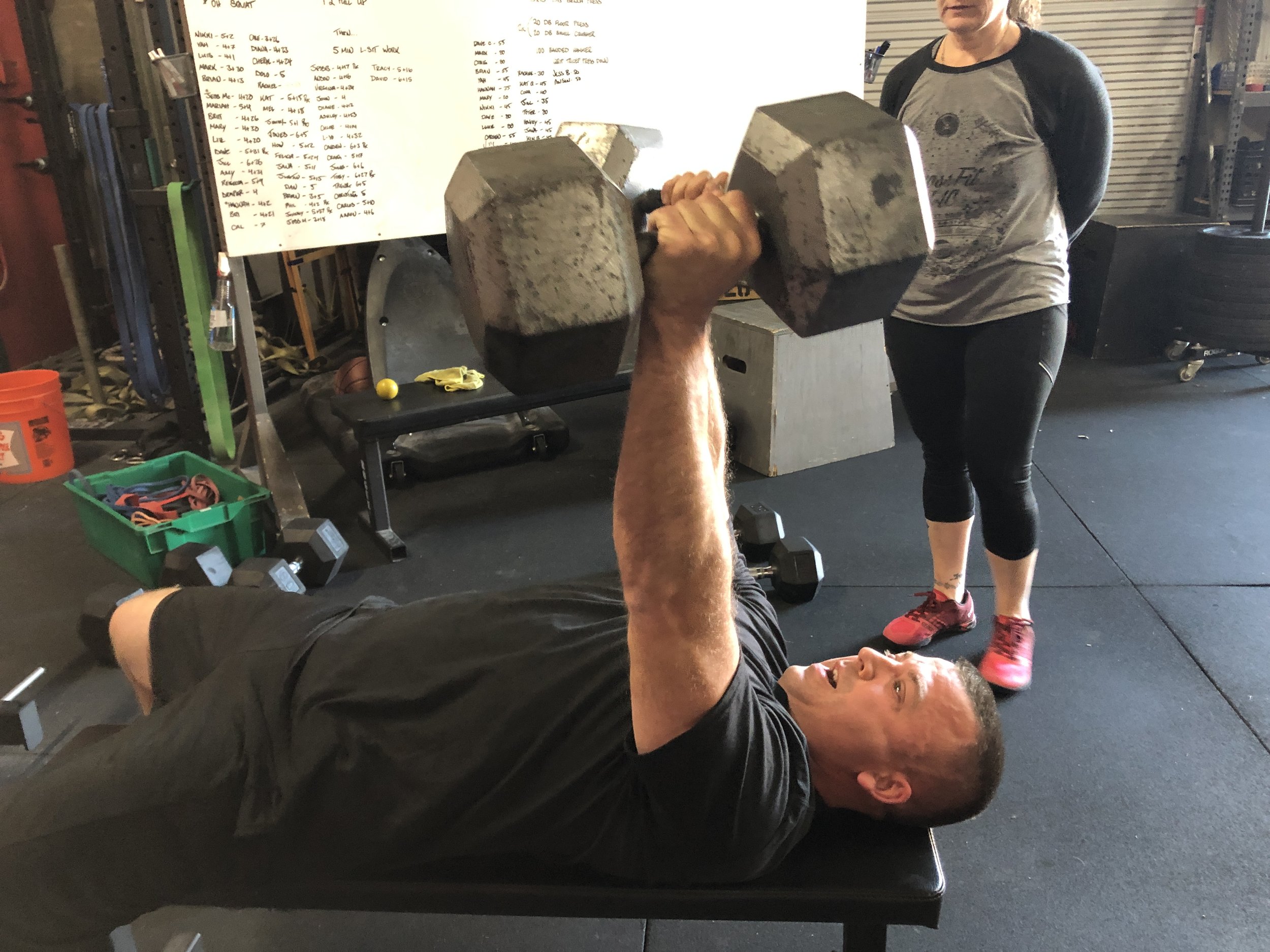 How are you motivated? What appeals to your ear?

I watch a lot of CrossFit videos. Like, a lot. And some of my favorite videos are montages or motivational collections that showcase people in the gym setting encouraging others to do better. I mean, you guys know me and you know how loud I can coach. And there’s always a variety of different styles of verbal motivation they are seeing these videos. Obviously the ones where people are screaming at the top of their lungs to pick up the bar or keep going, are the ones that we’re going to see a lot more. Because, I think, that raw energy and that excitement is what draws a lot people into the CrossFit setting.

But in all honesty, that’s not me. I don’t particularly enjoy being screamed at while I work out. 🙂

It really does nothing in a positive light for me personally. That isn’t to say that I don’t like to have someone encourage me verbally while I do a workout. Those who have judged me time and again during the Open have learned to do a great job of nudging me forward firmly but reasonably, using descriptive logic just enough to distract me from the pain.

Now, to be fair, both of these are equally powerful motivational statements. The former is the message that I can handle hearing when it feels like my eyes are going to pop out of my nostrils. The latter of the two I’m already hearing in my head from my own voice. I don’t  need someone else to tell me. For others however, that voice in our heads sometimes isn’t enough. And for athletes who have grown up in a heavily competitive environment or ones who have potentially served in the military, the latter of the two statements will get a fire burning and they will be properly motivated in a very positive way.

The point that I’m trying to make with this today is that sometimes we don’t know what kind of motivation helps people. We might think because of what we see of them in the gym  we’ll assume that copious amounts of trash talk will be taking in stride and produce positive results. However, in reality it might be fueling a self-image which that athlete might already be suffering from. And people don’t want to be told they’re garbage if they already think that they’re garbage.

Obviously, once you get a feel for an athlete and you get to know them you’ll have a better understanding of how to properly motivate them. This, of course, can be done just by spending time in your community and getting to know the other athletes around you.

So in short: Be kind, Be mindful and Be Helpful. Thanks guys:)