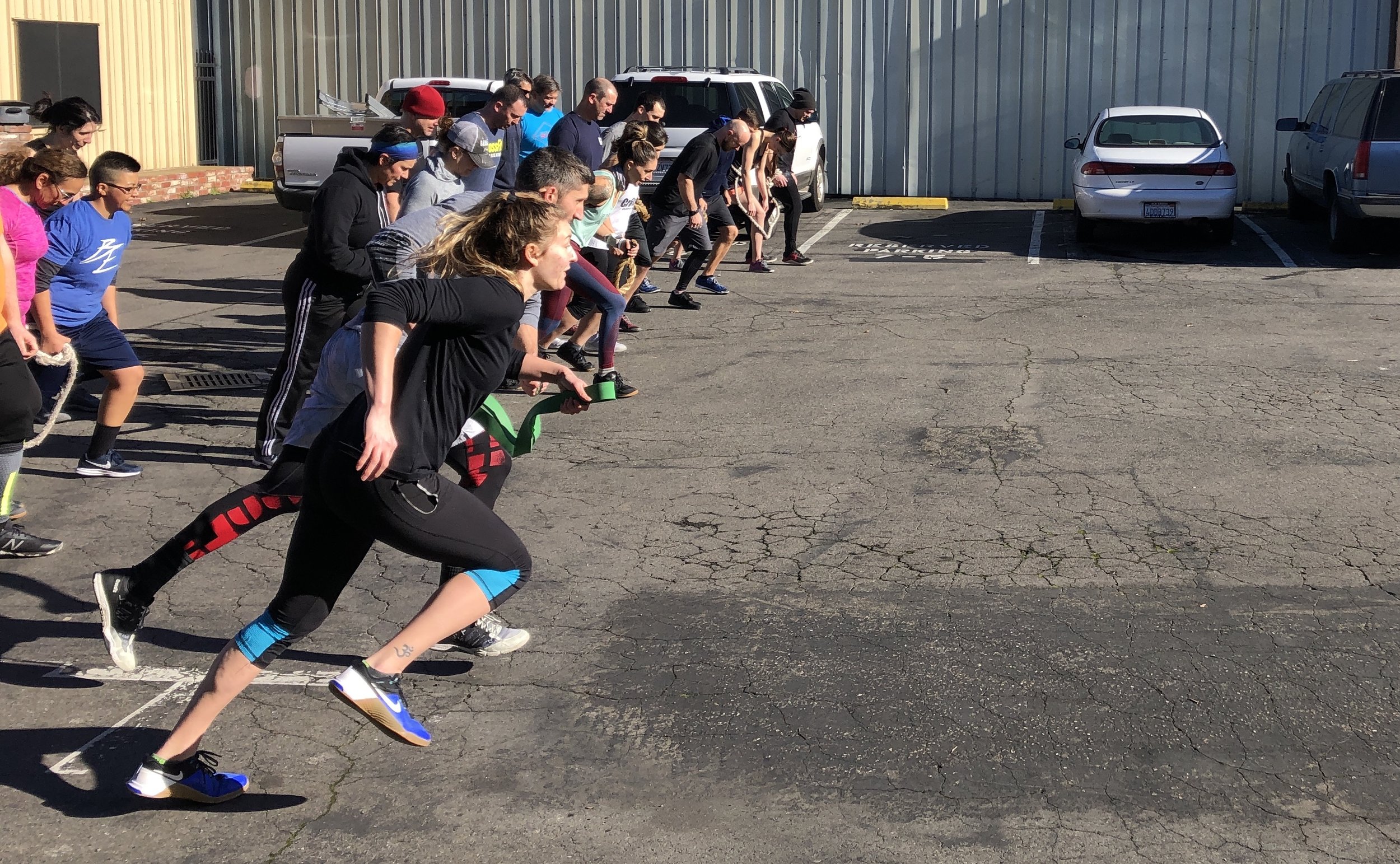 Ben Smith has competed in the CrossFit Games 10 times. While he’s proud to have worn the title of Fittest Man on Earth, he also wears the titles of gym owner and coach with pride. Ahead of the 2019 CrossFit Open, Smith is bringing his coaching to the community at large. Here are his five tips for those who will be participating in the Open for the first time this year.

The first CrossFit Games Open took place in 2011. At that point, I had already been doing CrossFit for a few years. I had already made it as my workout of choice and was performing multiple CrossFit workouts every day. I was confident in my CrossFit abilities. But I remember when the Open was first announced, I was nervous. Even with the confidence I was gaining from my time in the gym, the Open was something new to me. Like with most new things in life, the Open can be viewed from a perspective of fear or of excitement. I didn’t know what to expect, but I knew my mindset and how I approached this would matter significantly.

This year will be my ninth year participating in the Open. I have not missed an Open since that first one in 2011. The workouts are different each time but I’ve become experienced with the format and learned how to better approach Open workouts.

As a gym owner, though, every year means new members at my gym taking part in their first Open—people who don’t yet have this experience and are unsure with what’s about to happen. It always reminds me of those nerves I felt my first year. It definitely can feel daunting. But, it doesn’t have to be perceived that way. The experience you’re about to have will far outweigh the nerves and hesitation you’re feeling right now.

If this will be your first year #InTheOpen, this is my advice to you!

1. STOP VIEWING SCALED WORKOUTS WITH NEGATIVITY. EVERYONE HAS THEIR OWN STARTING POINT.

Every year, people make the same excuses about why they can’t sign up for the Open. Most of the time these excuses have to do with the fact they don’t think they’re ready or they don’t know how to do certain movements yet. The first thing I tell my members who say this is that the Open workout is going to be the class workout on Friday so if they want to come to the gym on a Friday, they’re going to do the Open workout whether they’ve signed up or not. The next thing I remind them is that the workouts are scalable. CrossFit is infinitely scalable, so of course the Open workouts can be scaled to accommodate all abilities. There’s even a scaled division and scaled leaderboard now.

As a coach, I think the hardest thing to teach people is how to feel ok with scaling a workout—be it an Open workout or a regular class workout. We all have a little bit of an ego in us but the only way you’ll ever get good at CrossFit is if you check that ego and allow yourself to start from the bottom. Build a good base and take the time to learn good technique because then you’ll be setting yourself up to make consistent progress. Scaling is not a negative thing in any way. There’s maturity that comes with knowing when it’s smart of you to scale. You are showing that you want to get better and are willing to take the steps necessary to get there. There’s no shame in that so don’t make it your excuse for not participating.

2. DON’T SET EXPECTATIONS. APPROACH THE OPEN WITH AN ‘OPEN’ MINDSET.

Show up to the Open workouts with a positive attitude. That is the only thing your coaches expect from you. Set no expectations for yourself other than that.

I know this probably sounds weird. But if this will be your first year doing the Open, just by showing up for all five of the workouts, you will learn and grow so much. Instead of stressing yourself out with unnecessary expectations, actually enjoy the Open. Practice having a positive mindset. Practice having the resilience to show back up the next week even if you thought the workout the week before was the hardest thing you’ve ever done. See the bigger picture. Take in how cool it is to be part of this community. Next year, you’ll have this past year’s performance to compare to and set expectations around.

3. IF YOUR GYM HOSTS EVENTS DURING THE OPEN, ATTEND THEM.

Our gym, CrossFit Krypton, has grown in recent years. Many CrossFit gyms have with the rise of CrossFit’s popularity. It’s great, but it also means that at a lot of gyms, every member no longer knows every single other member like they might have in the early days of CrossFit. There are people who come to class just in the morning, another group that comes just at night, and oftentimes, those groups don’t mix. The Open turns that on its head. During the Open, the community within an affiliate comes together in ways that we don’t often get do to during the year.

Many gyms will hold a Friday Night Lights where as many members as possible come together to all do the Open workout at the same time every Friday night for five weeks. Another thing we do at my gym is split up into teams. Each coach has a team for the Open and we have our own in-house leaderboard and make it this friendly competition to see which team does the best by the end of the Open. I look forward to that every year. If your gym puts on events like this during the Open, sign up for them! Go to them! You’re going to meet new people who might work out in classes you’ve never gone to. You’re going to really see how big your gym’s community is. Everybody is there for the same reasons—because you’re people prioritizing your fitness and health and trying to make yourselves better. Don’t be surprised if some of the people you meet become fast friends for this reason.