Murph
Partition the pull-ups, push-ups, and squats as needed. Start and finish with a mile run. If you’ve got a twenty-pound vest or body armor, wear it.
1 mile Run
100 Pull-ups
200 Push-ups
300 Squats
1 mile Run 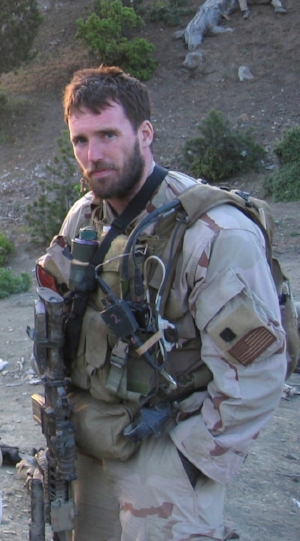 Many CrossFit affiliates celebrate Memorial Day by doing the Hero WOD “Murph.” Murph is probably the most recognized Hero WOD and it is rough! We do more to pay tribute to his sacrifice and the sacrifices of other men and women in uniform. Below is more about Lt. Michael Murphy.

On June 28, 2005, deep behind enemy lines east of Asadabad in the Hindu Kush of Afghanistan, a very committed four-man Navy SEAL team was conducting a reconnaissance mission at the unforgiving altitude of approximately 10,000 feet. The SEALs, Lt. Michael Murphy, Gunner’s Mate 2nd Class (SEAL) Danny Dietz, Sonar Technician 2nd Class (SEAL) Matthew Axelson and Hospital Corpsman 2nd Class (SEAL) Marcus Luttrell had a vital task. The four SEALs were scouting Ahmad Shah – a terrorist in his mid-30s who grew up in the adjacent mountains just to the south.

Under the assumed name Muhammad Ismail, Shah led a guerrilla group known to locals as the “Mountain Tigers” that had aligned with the Taliban and other militant groups close to the Pakistani border. The SEAL mission was compromised when the team was spotted by local nationals, who presumably reported its presence and location to the Taliban.

A fierce firefight erupted between the four SEALs and a much larger enemy force of more than 50 anti-coalition militia. The enemy had the SEALs outnumbered. They also had terrain advantage. They launched a well-organized, three-sided attack on the SEALs. The firefight continued relentlessly as the overwhelming militia forced the team deeper into a ravine.

Trying to reach safety, the four men, now each wounded, began bounding down the mountain’s steep sides, making leaps of 20 to 30 feet. Approximately 45 minutes into the fight, pinned down by overwhelming forces, Dietz, the communications petty officer, sought open air to place a distress call back to the base. But before he could, he was shot in the hand, the blast shattering his thumb.

Despite the intensity of the firefight and suffering grave gunshot wounds himself, Murphy is credited with risking his own life to save the lives of his teammates. Murphy, intent on making contact with headquarters, but realizing this would be impossible in the extreme terrain where they were fighting, unhesitatingly and with complete disregard for his own life moved into the open, where he could gain a better position to transmit a call to get help for his men.

Moving away from the protective mountain rocks, he knowingly exposed himself to increased enemy gunfire. This deliberate and heroic act deprived him of cover and made him a target for the enemy. While continuing to be fired upon, Murphy made contact with the SOF Quick Reaction Force at Bagram Air Base and requested assistance. He calmly provided his unit’s location and the size of the enemy force while requesting immediate support for his team. At one point he was shot in the back causing him to drop the transmitter. Murphy picked it back up, completed the call and continued firing at the enemy who was closing in. Severely wounded, Lt. Murphy returned to his cover position with his men and continued the battle.

An MH-47 Chinook helicopter, with eight additional SEALs and eight Army Night Stalkers aboard, was sent is as part of an extraction mission to pull out the four embattled SEALs. The MH-47 was escorted by heavily-armored, Army attack helicopters. Entering a hot combat zone, attack helicopters are used initially to neutralize the enemy and make it safer for the lightly-armored, personnel-transport helicopter to insert.

The heavy weight of the attack helicopters slowed the formation’s advance prompting the MH-47 to outrun their armored escort. They knew the tremendous risk going into an active enemy area in daylight, without their attack support, and without the cover of night. Risk would, of course, be minimized if they put the helicopter down in a safe zone. But knowing that their warrior brothers were shot, surrounded and severely wounded, the rescue team opted to directly enter the oncoming battle in hopes of landing on brutally hazardous terrain.

As the Chinook raced to the battle, a rocket-propelled grenade struck the helicopter, killing all 16 men aboard.

On the ground and nearly out of ammunition, the four SEALs, Murphy, Luttrell, Dietz and Axelson, continued the fight. By the end of the two-hour gunfight that careened through the hills and over cliffs, Murphy, Axelson and Dietz had been killed. An estimated 35 Taliban were also dead.

The fourth SEAL, Luttrell, was blasted over a ridge by a rocket propelled grenade and was knocked unconscious. Regaining consciousness some time later, Luttrell managed to escape – badly injured – and slowly crawl away down the side of a cliff. Dehydrated, with a bullet wound to one leg, shrapnel embedded in both legs, three vertebrae cracked; the situation for Luttrell was grim. Rescue helicopters were sent in, but he was too weak and injured to make contact. Traveling seven miles on foot he evaded the enemy for nearly a day. Gratefully, local nationals came to his aid, carrying him to a nearby village where they kept him for three days. The Taliban came to the village several times demanding that Luttrell be turned over to them. The villagers refused. One of the villagers made his way to a Marine outpost with a note from Luttrell, and U.S. forces launched a massive operation that rescued him from enemy territory on July 2.

By his undaunted courage, intrepid fighting spirit and inspirational devotion to his men in the face of certain death, Lt. Murphy was able to relay the position of his unit, an act that ultimately led to the rescue of Luttrell and the recovery of the remains of the three who were killed in the battle.

This was the worst single-day U.S. Forces death toll since Operation Enduring Freedom began nearly six years ago. It was the single largest loss of life for Naval Special Warfare since World War II.

The Naval Special Warfare (NSW) community will forever remember June 28, 2005 and the heroic efforts and sacrifices of our special operators. We hold with reverence the ultimate sacrifice that they made while engaged in that fierce firefight on the front lines of the global war on terrorism (GWOT).