Complete as many rounds as possible in 20 mins of:
2 Bar Muscle-ups
4 Handstand Push-ups
8 Dumbbell Burpee To Overheads, 45/30 lbs 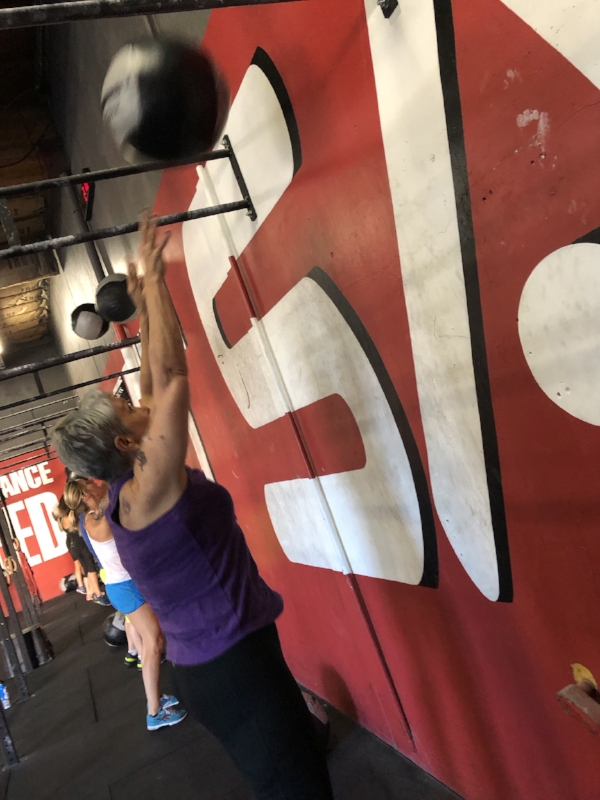 You Don’t Have to Be Old and Broken

The stereotypical media portrayal of aging is a person who complains of joint pain, demonstrates a restricted range of motion and moves with a slow, unsteady gait.

A well-documented correlation can be found among age, gait speed and stability: As we age, speed and stability go down (7,14). This is not in reference to athletic performance of older athletes but to walking and simple standing tasks among the general public. One part of the stereotype is seemingly supported by science.

As for range of motion in well-seasoned joints, again the literature is replete with papers that present a correlation between advancing age and reduction in flexibility (10,12). It appears that another part of the age-related stereotype is underpinned by science.

Stereotypical aging characters in books and scripts often use colorful colloquialisms to call attention to the presence of pain and how they feel about it. In the scientific literature, the association between aging and pain is present (8), but some interesting physiological and psychological quirks and inconsistencies bear more consideration than given here. Overall, the stereotypical presentation of joint pain appears to be supported by data, at least in part.

This is where it gets tricky. Stereotypes are literary and theatrical devices used to portray characters without a great deal of exposition. In the real world, stereotypes are less useful. Yet the “old” stereotype pervades society.

So does evidence suggest biology will cause us to get slower over time? Do we, as an unavoidable consequence of aging, have to retreat to smaller and smaller ranges of motion? And is pain an inevitable part of aging?